In her role as CEO, Sabrina will lead the development of the ELFA and affirm its role as the voice of the European leveraged finance investor community in the creation of a more transparent, efficient, and resilient market. Responsibilities will include establishing and maintaining relationships with strategic partners, engaging with regulatory bodies and working with the ELFA’s members to take a leading role on industry issues and advocacy positions in the UK and EU.

Sabrina was previously Executive Adviser at the ELFA, a role she held for two years. In this role, Sabrina established the ELFA as an independent trade association acting on behalf of investors in the European leveraged finance market. Under her guidance over this time, the ELFA has grown to 37 member firms representing over 500 individual members conducting work through six different committees.

Under her leadership, the ELFA has developed several platforms for members and market participants. The organisation has published 12 reports under its Insights Series, a thought leadership platform for members, and created four resources under the Diligence Series, designed to support investors’ investment decisions. The ELFA also hosted over fifteen webinars under the Seminar Series in 2020 alone.

Sabrina brings over 18 years of industry experience to the role. Prior to her advisory role at the ELFA, Sabrina was Head of European High Yield Research at Covenant Review, the investor-focused research firm specialising in bond and loan covenants. Sabrina also previously held the role of Head of High Yield at DebtXplained, where she played an integral role in building one of the first covenant analysis services in Europe. Sabrina is a leveraged finance lawyer by background, and began her career with roles at Skadden, Norton Rose Fulbright, Paul Weiss and DLA Piper. Her practice included working with companies on financing arrangements, including issuing high yield bonds.

Alex Kay, Independent Chair of the Board, European Leveraged Finance Association, said: “Sabrina has been a driving force in the development of the ELFA, and there is no one better placed to take the organisation into its next phase of growth. During her time as Executive Adviser, Sabrina has shown outstanding leadership and created real momentum for the organisation which has led to a need for us to bring in a CEO for the ELFA’s continued growth. Sabrina’s in-depth knowledge derived from multiple perspectives of the leveraged finance market makes her ideally placed to represent our members’ interests in the market.”

Mitch Reznick, Founding Member of the Executive Committee, said: “The Board’s appointment of Sabrina as CEO of the ELFA is more than a title change; it reflects the permanence and breadth of the organisation and, consequently, our need to think strategically about how to serve investors for the long-term. Given her stewardship of this organisation from start-up to established market participant—and her indefatigable energy and passion for leveraged finance—Sabrina is the clear choice.”

Sabrina Fox, Chief Executive Officer, European Leveraged Finance Association, added: “It’s been encouraging to see how quickly the ELFA has grown in only two years. I am excited to be taking on the role of CEO as it allows me to more fully contribute to the development of the organisation and to plan its longer-term strategic goals. We have a full agenda for 2021 and beyond – engagement with regulators, supporting the market in the continued growth of ESG investing, and helping our members navigate important market developments are key priorities. The recent creation of our private debt committee has also been an important step as this corner of the leveraged finance market continues to evolve. As CEO of the ELFA, I look forward to continuing to serve the European leveraged finance investor community and ensuring the ELFA remains agile to respond to new opportunities and issues for our members as they arise.”

You don’t need to be a member to add to the discussion. Share your experiences, thoughts and ideas with us and help us make a difference.

The Loan Market Association and the European Leveraged Finance Association are delighted to announce the publication of their Best Practice Guide to Term Sheet Completeness.

Following a discussion with key stakeholders, the ELFA and the PRI will publish a guide to ESG disclosure together with sector-specific guides for companies under development

From the dialogue with key stakeholders, the groups intend to publish sectorspecific discussion and disclosure guides over the coming months. 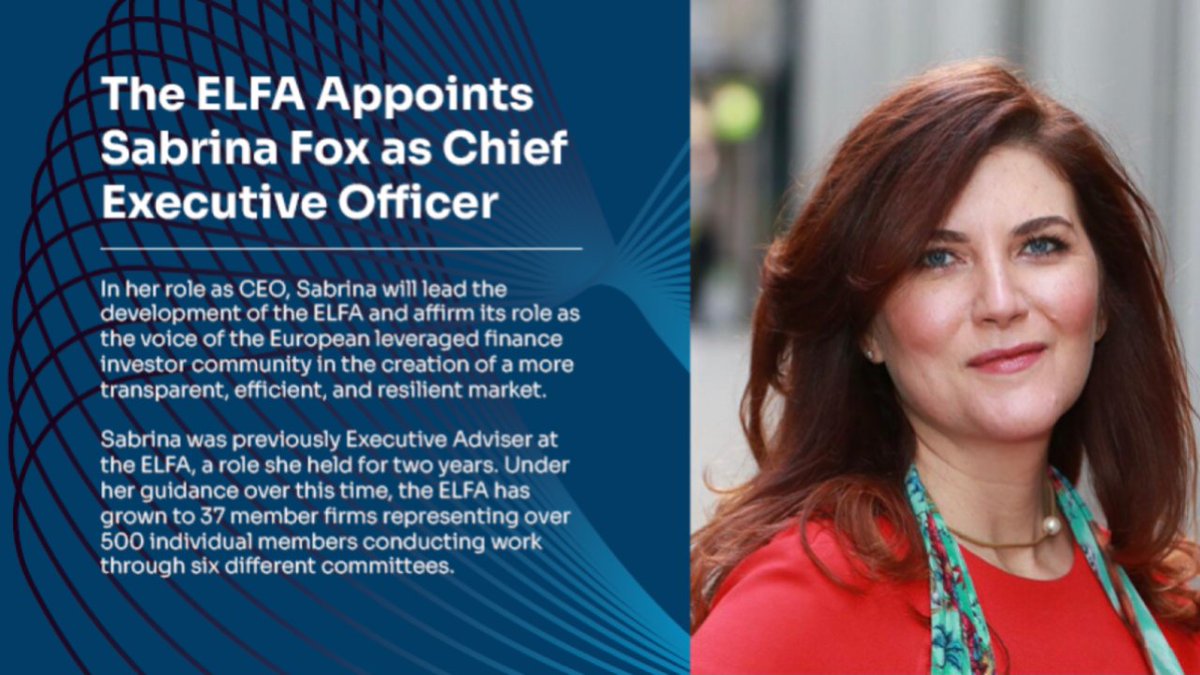 12:17
@Elfainvestors
Today we are making available to the public a replay of our webinar with @akin_gump, Are you ready to disclose #ESG? It's full of valuable info and not to be missed! View here: elfainvestors.com/event/elfa-sem…
12:15
@Elfainvestors
Today we published our Insights report on perspectives shared by law firms, banks, PE sponsors, credit ratings agencies, and senior fund managers at our event co-hosted with the @PRI_News. It is full of ideas on how corporate borrowers can disclose #ESG. elfainvestors.com/wp-content/upl…
16:19
@Elfainvestors
This voting cap provision is an attack on the very foundational principles that have come to define modern capital markets. We published an Insights report explaining why. Read it here: elfainvestors.com/publications/e… ft.com/content/d7b046… via @financialtimes
10:47
@Elfainvestors
🚨Our new website launches today, with more opportunities for members and the market to engage with our work. We’ve got a new look, too, reflecting our strong growth from 10 founding members to 37 member firms. Visit us at elfainvestors.com. By investors, for the market.
09:58
@Elfainvestors
Something exciting is on the horizon...watch this space! pic.twitter.com/fCHakThYtl 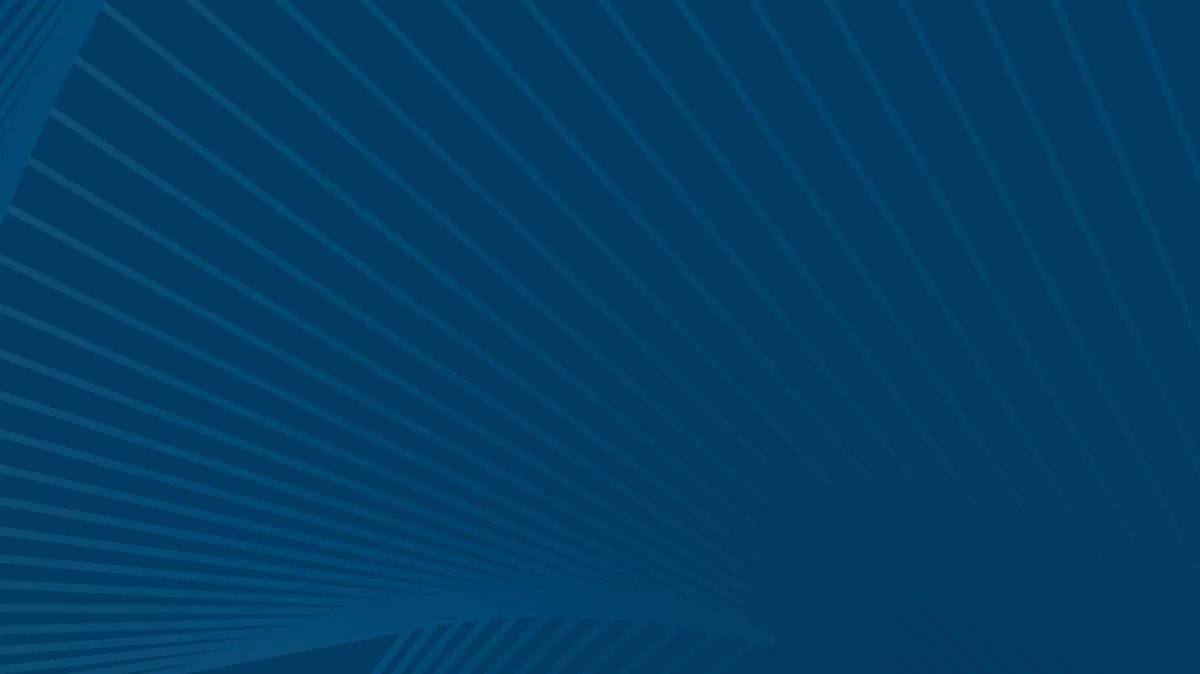 12:00
@Elfainvestors
We brought together over 80 LevFin professionals, including law firms, banks, PE sponsors, fund managers and ratings agencies, in virtual event with the @PRI_News to discuss how best to deliver #ESG disclosure to #bond and #loan investors. More info 👉elfainvestors.com/Press-Releases
12:16
@Elfainvestors
Today we published an Insights Series Report entitled “Why leveraged finance investors need more disclosure on ESG topics, and how this can be addressed”, describing the drivers behind investors’ need for more #ESG information from sub-investment grade corporate borrowers.
15:18
@Elfainvestors
We are very much looking forward to this discussion with @Paul_Hastings and @ReorgCovenants tomorrow at 4pm - registration details below! twitter.com/ReorgCovs_Amer…
11:36
@Elfainvestors
We brought together senior professionals from BAME backgrounds working in the financial services industry to have a frank discussion about race. Aaiza Ali, Chair of our Diversity & Inclusion Committee, did a phenomental job moderating. Members can watch the replay on our website. pic.twitter.com/Xh2nYT9fnU